Reggie was the 4th of the 5 children of William and Mary Chapman (formerly Bronson). 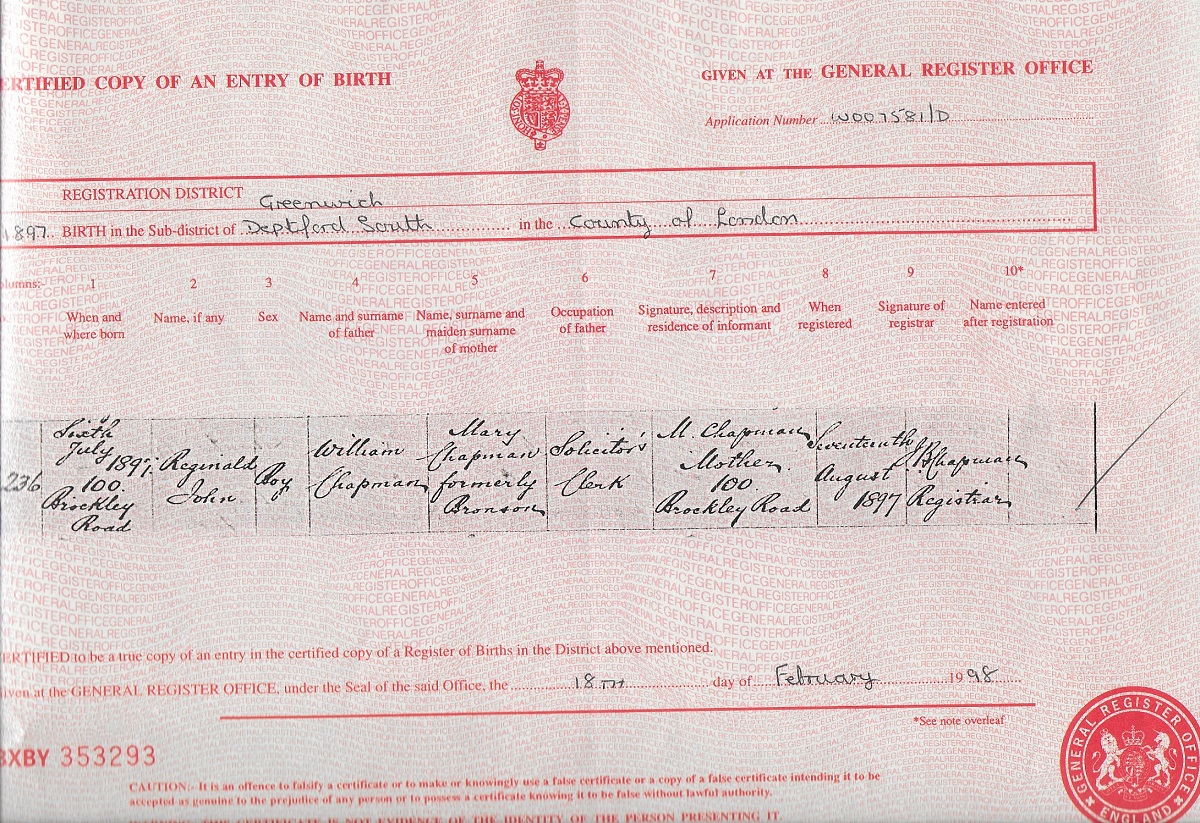 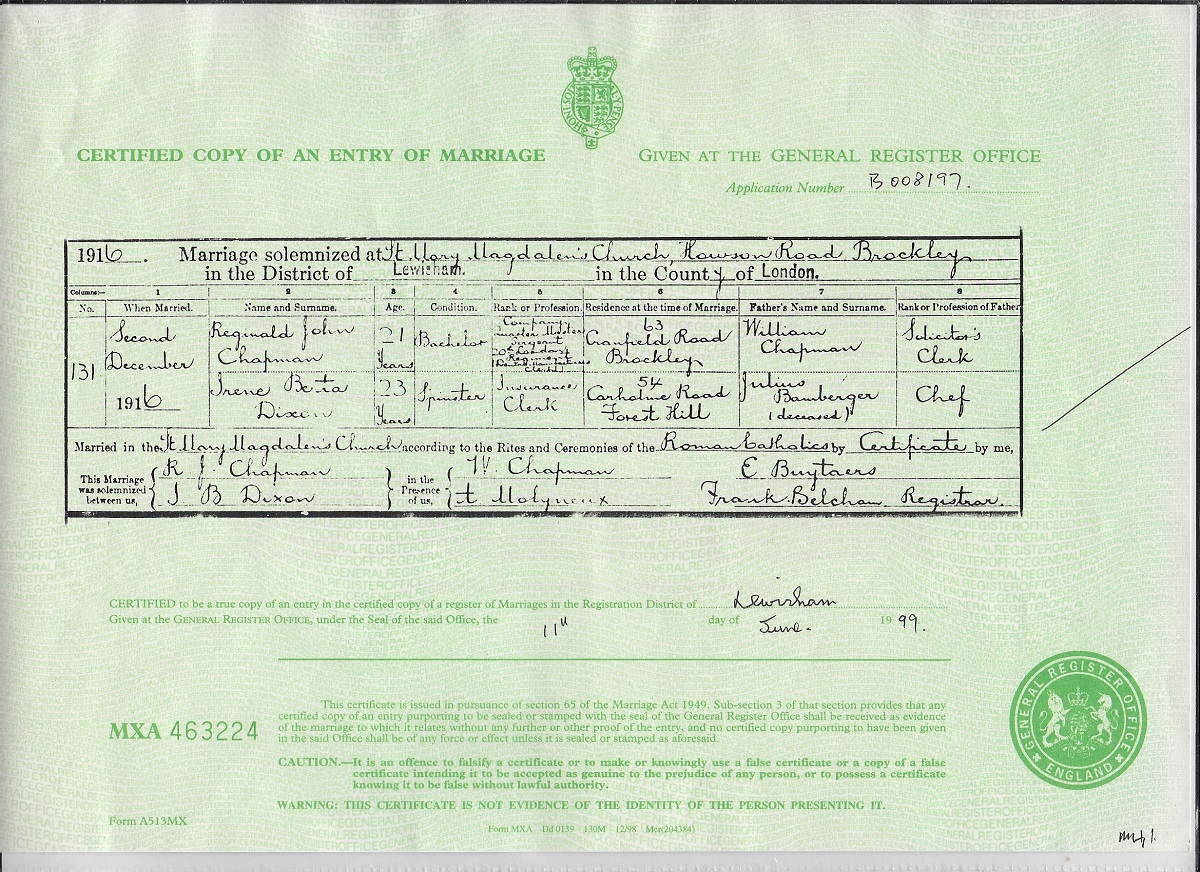 --2nd Marriage of Irene Berta: ...she was married 8 months, widowed 15 months - and on 7th Dec 1918 she married Edwin George Arnold at Lambeth Register Office - another soldier! At least he wouldn't be returning to the battlefield - I suppose they would have know that for sure, 4 days later was Armistice Day. Both were 24--- 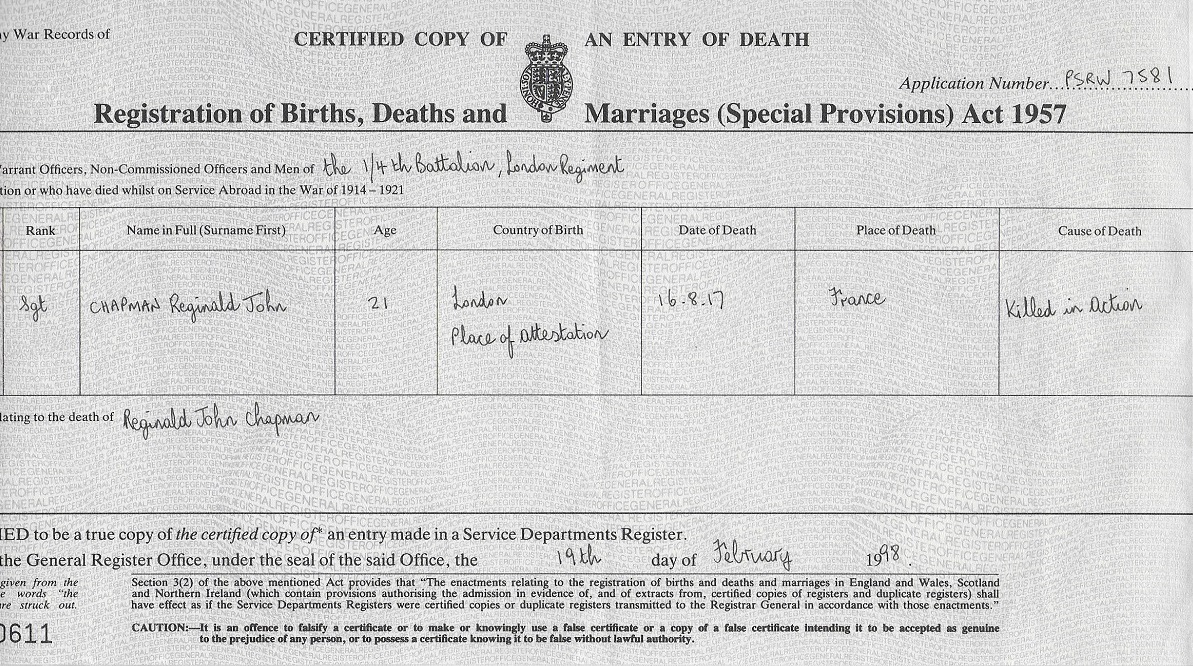 Records of what the UK government owed to the next of kin upon a soldier's death. 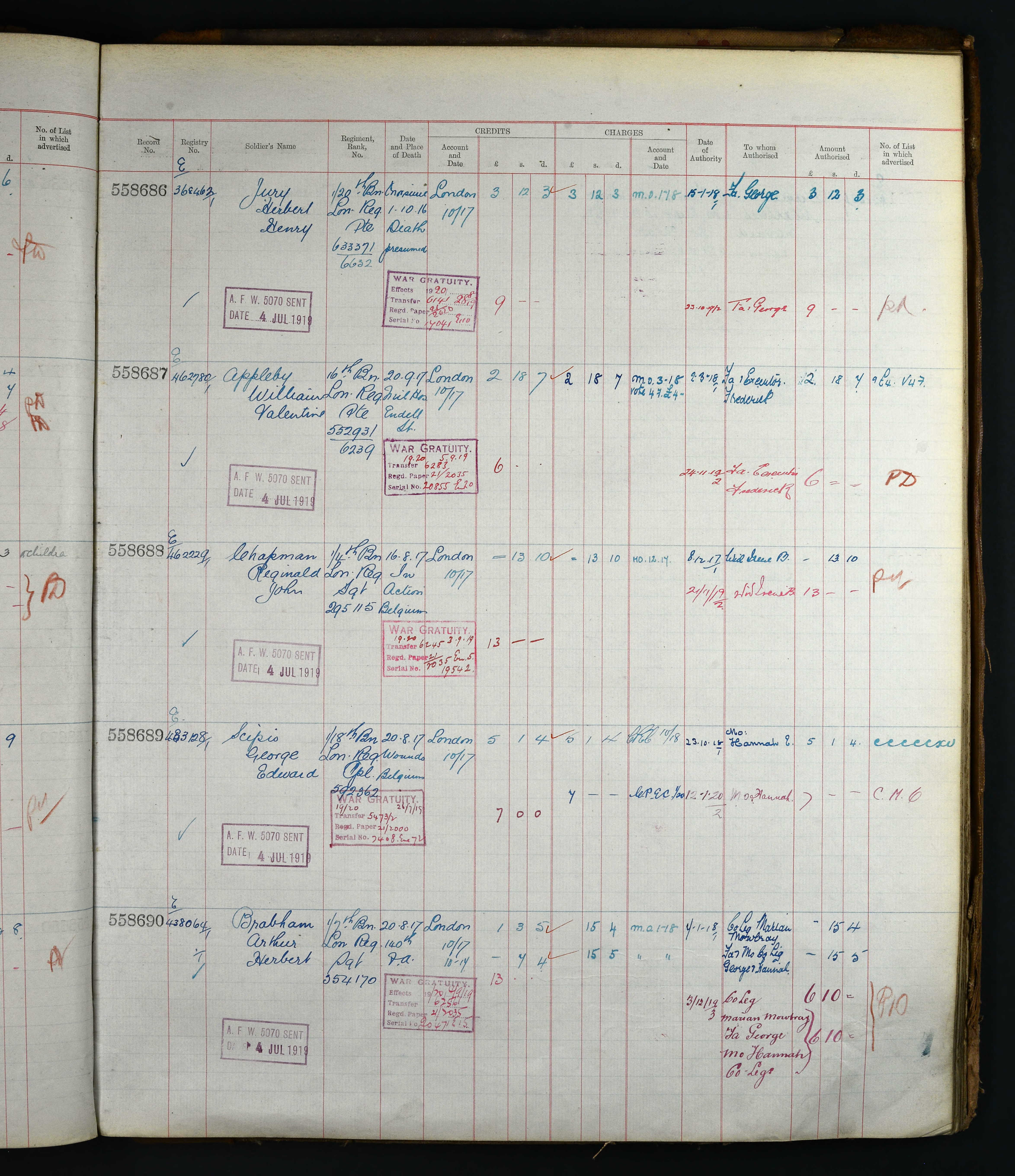